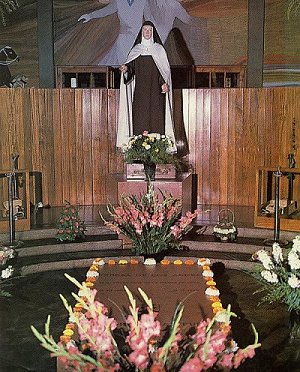 • Juanita goes to the Theresian Sisters school in Santiago where she learns to read. She has a strong desire to do her first communion but people think that she is too young.

• Since her childhood, Juanita stays often with her family at Chacabuco, estate owned by her grand-father don Eulogio at 40 miles from Santiago. There she will have later a true apostolate among the farmers and their families.

• Juanita goes as a day student to the Sacred Heart school in Santiago.

• May 13 : holy death of her grand-father, don Eulogio Solar Quiroga.

• Juanita's mother inherits a large part of the Chacabuco estate which is managed by don Miguel, Juanita's father. Unfortunately, bad management will put the family in increasingly difficult financial problems and will end by the sale of Chacabuco in 1917.

• Lucho, brother of Juanita, teaches her how to pray the rosary. Juanita promises to pray it every day and will keep her promise until her death (except one day during her childhood when she forgot it).

• Juanita does her first confession.

• September 11 : Juanita does her first communion, an event which she shall treasure for life in her memory.

• Juanita reads Story of a Soul of Thérèse of Lisieux.

• In December she has an appendicitis surgery which makes her suffer very much.

• Juanita hears for the first time the call of God to become Carmelite.

• Juanita becomes boarder student at the Sacred Heart school in Santiago with her sister Rebeca.

• Juanita begins to write her Diary.

• December 8 : Juanita does for the first time a temporary vow of chastity, "promising to have no other Spouse than my Lord Jesus Christ whom I love from all my heart and whom I want to serve until the end of my life."

• January 3 : she offers her life to God to save her brother Lucho from his religious doubts. The Lord does not accept her offering but tells her that her request shall be granted later.

• The Chacabuco estate is sold because of financial problems. Juanita's family must change of house in Santiago and considerably reduce its expenses.

• August : she does a general confession and receives the assurance that she never commited any mortal sin.

• September 5 : she writes for the first time to the carmel of Los Andes, expressing her desire to become Carmelite. She asks God to give her the strength to overcome the obstacles to enter the Carmel: her poor health, the lack of understanding from the part of her family and the financial problems to get the dowry.

• Decembre : she receives many prizes at school.

• Juanita spends the Summer at Algarrobo on the Pacific shore. She gathers a parochial choir and teaches catechism.

• August 12 : Juanita leaves the Sacred Heart school and returns to her family to substitute her elder sister Lucita who just got married and to help her mother. She totally dedicates herself to serve her family.

• September 7 : she writes to the carmel of Los Andes to ask for admission and receives a positive answer.

• She reads The Way of Perfection of St. Teresa of Avila.

• She helps in parochial missions in Cunaco in the estate of her cousins Valdés Ossa. One day, one of the missionary priests sees her alone in the chapel in extasis in front of the tabernacle.

• She suffers from doubts about her vocation: must she be a Carmelite or a Sister of the Sacred Heart?