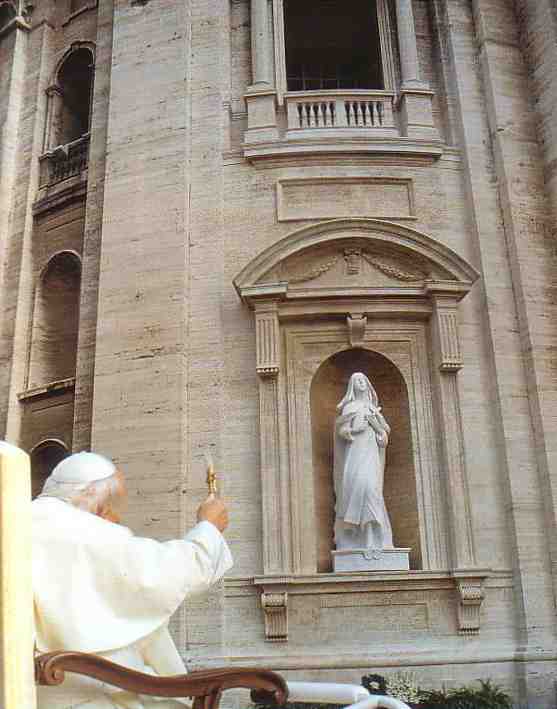 On October 6, 2004, pope John Paul II blessed a big statue of Saint Teresa of the Andes which was placed at the exterior of the apse of St. Peter's basilica in Rome.

The basilica of Saint Peter in Rome already has an important number of statues of saints. The idea to add a statue of Saint Teresa of the Andes came from the ambassador of Chile to the Holy See. With the financial help of benefactors, a big statue of marble was sculpted by the Chilean sculptor Juan Fernández Fox who belongs to Teresa's family. The statue is 5.50 meters high and was sculpted in a block of Carara marble weighting 60 tons.

On October 6, 2004, pope John Paul II blessed the statue in the presence of many people, including the president of the Conference of Bishops of Chile (Cardinal Francisco Javier Errázuriz Ossa), the minister of foreign affairs of Chile and the ambassador of Chile to the Holy See.

A thanksgiving mass was then celebrated in Saint Peter's basilica by Cardinal Angelo Sodano, Secretary of State and previous apostolic nuncio in Chile.